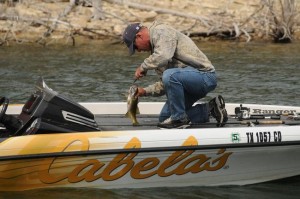 This is a great time of year to fish, and one of the greatest things about it is that it is the time of year with the least amount of fishing pressure. Bass usually stay shallow a lot longer than people might think. I remember a tournament from several years back in mid November at Lake of the Ozarks in Missouri. It was cold! I mean really cold. The kind of weather you don’t really think about fishing in. The bass were chewing though and really shallow. As a matter of fact the tournament was won on a buzzbait right on the bank. You had to fish very slow, but they would hammer that bait, and the thing about it was they were all big! It was crazy. So even though fish do head out deep when it gets really cold, don’t overlook shallow water this time of year.

2020 Bassmaster Angler of the Year It is hard to put in to words how it feels to have the greatest accomplishment of my career occur in the context of the most chaotic year of my life, and I imagine many of yours too – 2020. But in the midst of all the chaos, my job, while disrupted for a few months, resumed after a few months thanks to the efforts made by B.A.S.S to provide a full season for us. I am so appreciative to them and my fellow anglers for pulling together to make this happen. And … END_OF_DOCUMENT_TOKEN_TO_BE_REPLACED