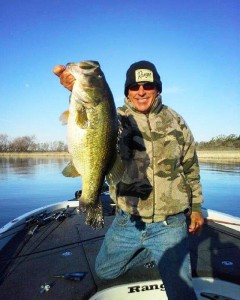 The Strike King Rage Blade is a new bait to me this year, and I have had the opportunity to fish it on a number of lakes this Spring.  The cool thing about this bait is that you can work it much more slowly than other jigs to get the same level of vibration.  When you look at the bait, it looks a little odd, but the big bill in front seems to help it not get hung on wood cover as badly.  For me, it’s going to become a go-to bait for those times when the fish are lethargic but still want something moving.  My biggest fish with it so far was an eight pounder, and a buddy just caught a 9-4 on it.  When I got that fish in, the bait was almost down its throat.  He just ate it!  I don’t make any modifications to that bait – ust tie it on straight out of the package. I really like the twin-tail trailer.  It has an erratic action, especially if you speed it up at all.  I’m putting it into my tournament arsenal, and feel like I will throw it a lot!  Good fishing!

2020 Bassmaster Angler of the Year It is hard to put in to words how it feels to have the greatest accomplishment of my career occur in the context of the most chaotic year of my life, and I imagine many of yours too – 2020. But in the midst of all the chaos, my job, while disrupted for a few months, resumed after a few months thanks to the efforts made by B.A.S.S to provide a full season for us. I am so appreciative to them and my fellow anglers for pulling together to make this happen. And … END_OF_DOCUMENT_TOKEN_TO_BE_REPLACED