In the early Fall, you often see lots of big Gizzard Shad. Bass love these giant shad, and you want to go big with your set up to target these fish. When you start noticing big Gizzard Shad, think big baits. I like to use a big Strike King 3/8 oz. buzz bait with a Rage Toad on the back of it. As the water cools (even down to the 50s, you can catch them with this reeling pretty slowly. I also like big spinnerbaits or even a KVD 8.0 or 4.0. The 4.0 is smaller, but still works when bass are keying on big shad. So in the fall of the year think big baits for bass that are targeting big shad. 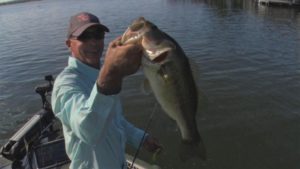 Probably the most important part of any flipping set up is the hook you choose to use. Personally, I like a straight shank hook. I think it gives me the best hook up ratio. It’s easy to rig, and the bait stays very straight. The hook I have recently started using is an Owner Jungle Hook (with zo-wire). This hook is extremely strong. Four times stronger than other hooks with the same size wire diameter. Having smaller wire, it penetrates the fishes mouth very easily. And I have found my hook up ratio increasing dramatically since using it. It has a great keeper, keeping the head of the bait up and is by far the best hook I have seen – period. 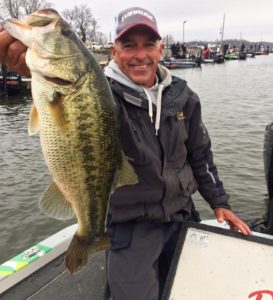 2020 Bassmaster Angler of the Year It is hard to put in to words how it feels to have the greatest accomplishment of my career occur in the context of the most chaotic year of my life, and I imagine many of yours too – 2020. But in the midst of all the chaos, my job, while disrupted for a few months, resumed after a few months thanks to the efforts made by B.A.S.S to provide a full season for us. I am so appreciative to them and my fellow anglers for pulling together to make this happen. And … END_OF_DOCUMENT_TOKEN_TO_BE_REPLACED